Pressinformation / The Wichita "Some Poems" street date 11th of october 2013)

PRESSINFO: THE WICHITA - SOME POEMS (street date 11th of october 2013)

"Some Poems" - that is, the new 5-song EP by the austrian band The Wichita. On their third release the Viennese band will releases 5 songs that take poems of world literature: From Emily Dickinson ("If You Were Coming In The Fall"), which already Carla Bruni has interpreted to José Martí ("El Diamante") and Rudyuard Kipling ("Philadelphia"). The musical direction from the debut album "Songlines" (2010) on remained the same : Alternative Country - this time a little more electronics there. As always, the songs of great charm and attention to detail can be arranged . "But that is all presented unimpressive, sounds quite simple and unpretentious and modest. The surprising thing is then how you like this lovingly prepared , but it is economically designed songwriter - folk Alt -Country Touch to listen ... "( gaesteliste.de ) "Some Poems " was presented live on a tour in the fall of 2013 in Austria and Germany and a presentation in Ubon Ratchathani (Th) is to be scheduled, The EP "Some Poems" was released worldwide digitally and apart from that in an exclusive limited edition, in which visual artists (artwork by Beate Wagner, Ivonne Barrera, Lym Moreno) have made each of the covers unique.

Listen to "Some Poems" on: Spotify 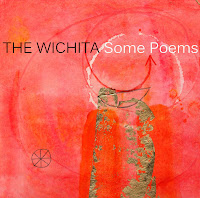